At our Remembrance Day service in Spelsbury Church today, we dedicated a ceramic poppy from the 2014 Blood Swept Lands and Seas of Red commemoration installation at the Tower of London.  It was given to Caroline Williams by her son William who served in the First Gulf War and it was dedicated to the memory of Caroline’s grandfather, Major David Cuthbert, who was lost in action at the Battle of the Somme.

During the service it was placed on the Altar in front of 63 candles, representing the 63 men and boys from the village of Spelsbury who fought in the Great War – many of whom didn’t return. 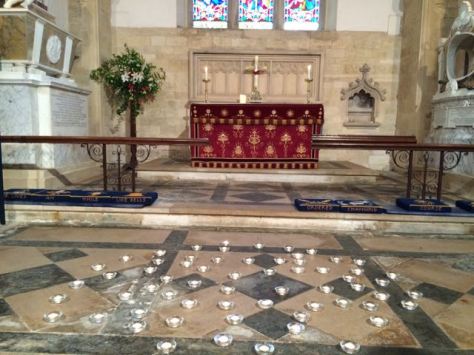 Mark is on sabbatical leave from June to  Sept ’21. Ilona is covering for Mark durng this period. Her normal rest day is Friday.