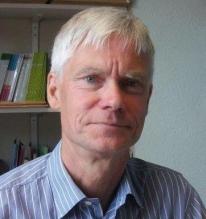 David Soward, a member of Ascott Church, has recently become Chair of the Oxfordshire Credit Union, having spent the last two years as a member of the Board in a marketing role. In 2014 and 2015 he oversaw the development of our new website and the move into social media, along with our rebranding exercise and the fresh new look on our banners and leaflets. He has a background in project development and has worked at several Citizens Advice branches to build projects in financial inclusion, volunteer training and consumer empowerment. He is also an economist and a musician and runs the Wychwood Circle

His vision for OCU is to transform its profile from a local Oxford community bank to a county-wide savings and loans organisation reaching out to ever more of the people in Oxfordshire who most need us.

What is a Credit Union?

Credit Unions exist to foster a habit of saving and to enable people to borrow from their own community.  While some of us are both ‘financially included’ and indeed financially capable, many of our neighbours are not:  they may have had bad experiences with banks, had loan requests rejected, have slipped into debt when their benefits were ‘sanctioned’, etc.  Or they may simply never have saved because they didn’t like the institutions they would have had to entrust their money to.
Oxfordshire Credit Union is open to anyone either living or just working in Oxfordshire (Cherwell Community Bank is also available to people in the north of the county).  We don’t have ‘branches’ since the cost would be prohibitive but we offer a Paypoint card (for paying in at your local corner shop or garage) and a pre-payment Visa debit card for paying bills or shopping online.  If members need to borrow we offer an affordable, ethical and locally generated alternative to commercial lenders: our loans will never be as cheap as the best high street rates nor as criminally expensive as the worst ‘payday’ lenders, but members know they will be given a chance and treated fairly.  They will also be helping their community.
For wealthier and financially astute members there are also opportunities to support us through subordinated loans and grants.
Contact us by email (info@ocu.coop), by phone (01865 777757), or online (oxfordshirecreditunion.co.uk).

Mark is on sabbatical leave from June to  Sept ’21. Ilona is covering for Mark durng this period. Her normal rest day is Friday.